All The Winners Of the 2015 Blacknight SME Awards

All The Winners Of the 2015 Blacknight SME Awards 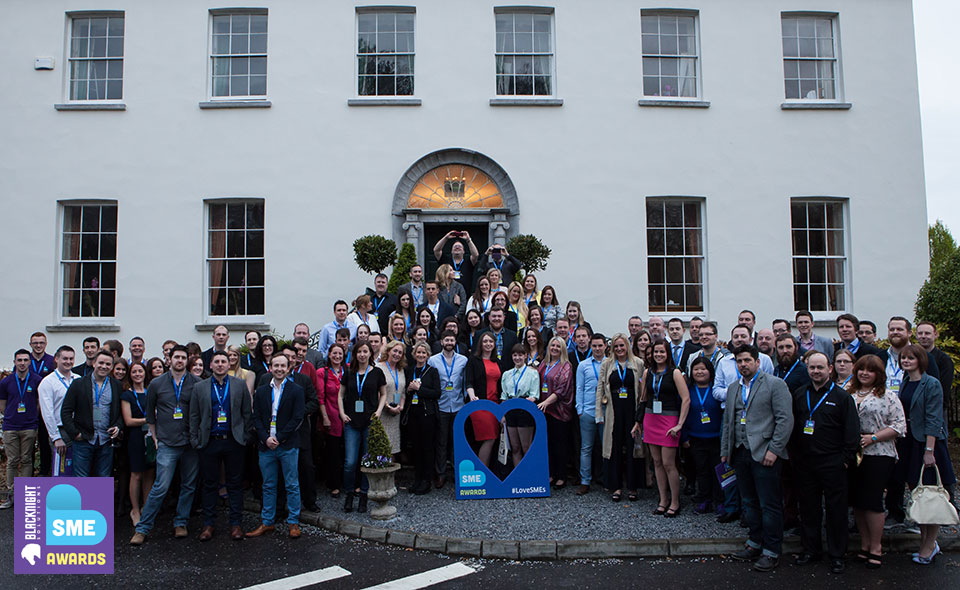 Last Saturday night the inaugural Blacknight SME Awards were held in Cork – my hometown. (I’ll be posting more about the night and sharing some photos we took later)

With over 100 representatives from Irish SMEs in attendance the event was a great success and the stories behind the winners made the entire event that much more genuine and interesting. Damien Mulley, the event’s organiser, gave a short, but fantastic speech before I presented the overall Grand Prix. He reminded us all that indigenous small business is the backbone of the Irish economy. It’s not the Googles or the Facebooks or the other multinationals that have no real ties to this country, but the small businesses setup and run by people who are passionate about what they do. The awards ceremony on Saturday night celebrated the work of a number of these businesses, but also recognised the work of so many more.

Here’s the release we put out about the event earlier today – as well as a couple of the official photos of the event:

Learning technology company LearnUpon received the Grand Prix at the weekend, at the inaugural Blacknight SME Awards, held at the Radisson Hotel in Cork, and attended by representatives of over 100 Irish SMEs which made the final in 14 different categories.

LearnUpon also took the prizes in two of those categories: ‘Customer Focus’ and ‘B2B Export’, highlighting an important focus of the company which is developing markets in the US and Europe and which has just opened an office in Sydney, Australia.

The Dublin-based company has developed a Learning Management System, a ‘Software as a Service’ platform which is suitable for use by organisations to provide training for their own employees or customers – or by training companies to develop and deliver their own training courses online. It was founded in 2011 by Brendan Noud and Des Anderson, and has grown to 16 employees.

Relatively young and innovative startups were side by side with long established firms at Saturday’s event. The Startup category was won by Themis Food Advisory, a food regulations consultancy service founded by food scientist Dr. Karen Roche in 2014. The ‘New Product’ award went to Olytico, whose system monitors social media on behalf of brands, and analyses what people are saying about them. The ‘Online Retailer (Export)’ award was won by Send My Bag, which promises to do better than the airlines and deliver your travel luggage to your door. Sex Siopa, Ireland’s first online bodysafe sex shop, won the ‘Online Retailer (Irish Market)’ award.

Fintan Conlan started One Man and His Van, a furniture removals business, after redundancy in 2005. Now he employs his wife, and his sons are involved part-time. On Saturday night they celebrated their award in the ‘Family Run Business’ category. It’s a similar redundancy-to-enterprise story at Rocket Rainbow Studios, a game development company which won the ‘Under 30’ category.

Family businesses featured in other categories as well. Cliona Standun collected the award for ‘Company Transformation’ on behalf of Standun Spiddal, the business which she and her sister Laragh have transformed from a tourist gift shop to a full-service department store serving locals and visitors alike. And Fernhill House Hotel in Clonakility collected the ‘Community Minded’ award in recognition of the efforts of its owners, the O’Neill family, in a range of voluntary and community activities.

Presenting the award on behalf of the event sponsors, Blacknight CEO Michele Neylon paid tribute to the work of the unsung heroes in SMEs who drive the economy and support local employment. “As a successful indigenous SME, Blacknight is proud to support the business community and celebrate its achievements”, he said.

Event organiser Damien Mulley of Mulley Communications erxpressed his delight with the “stunning success” of The SME Awards. “We’re especially pleased that 200 people found out you can have a fun, unstuffy, night celebrating small businesses in Ireland – The real core of our economy”.

The SME Awards was hosted by RTÉ’s Rick O’Shea, and took its medieval theme from its sponsor, with the slogan “Game of Domains”. The launch in recent months of a range of new Top-Level Domain options such as .IRISH, .SCIENCE, .SPACE and .CLUB has created new opportunities for creative domain names for online business, and Blacknight is pioneering their introduction in Ireland. 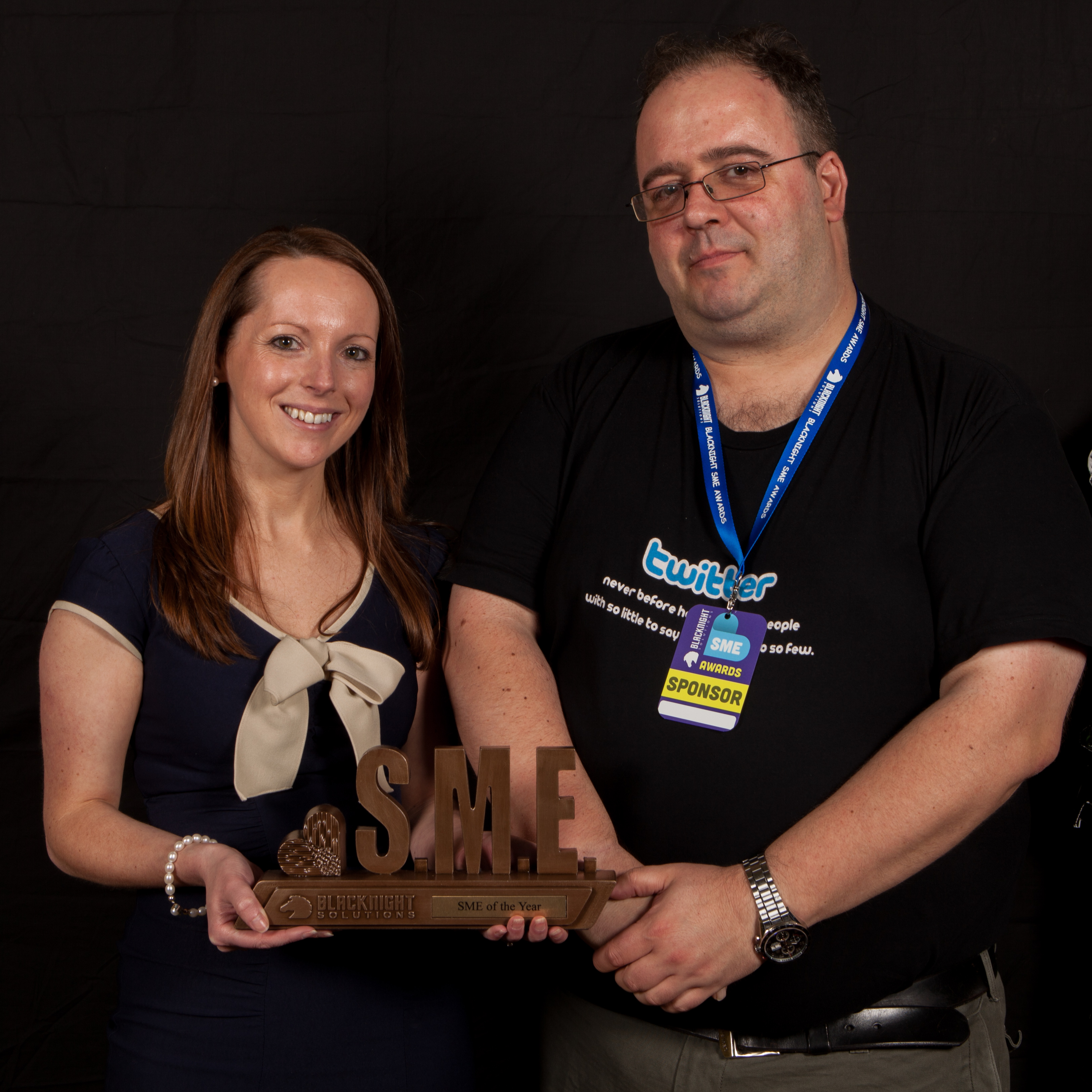 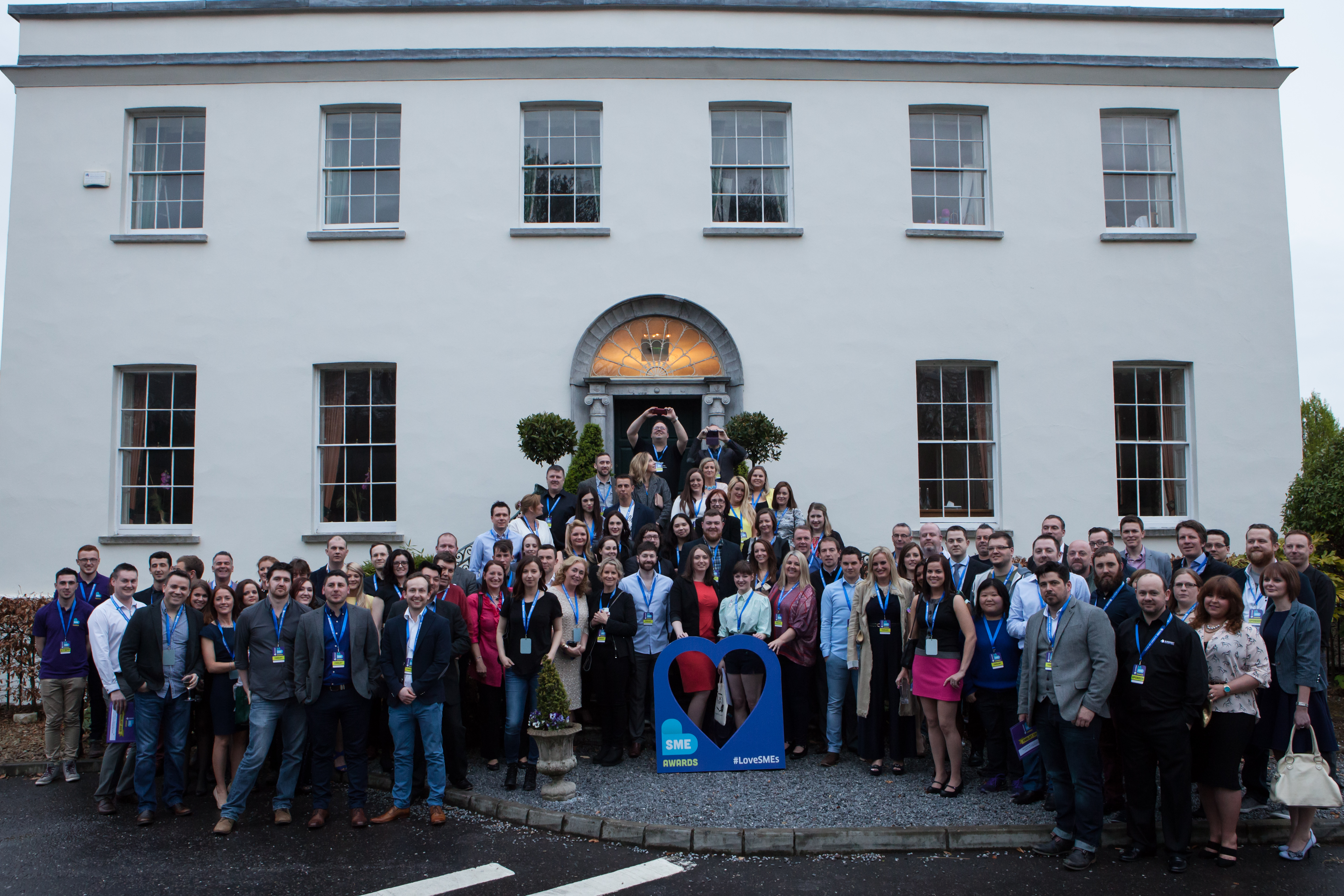 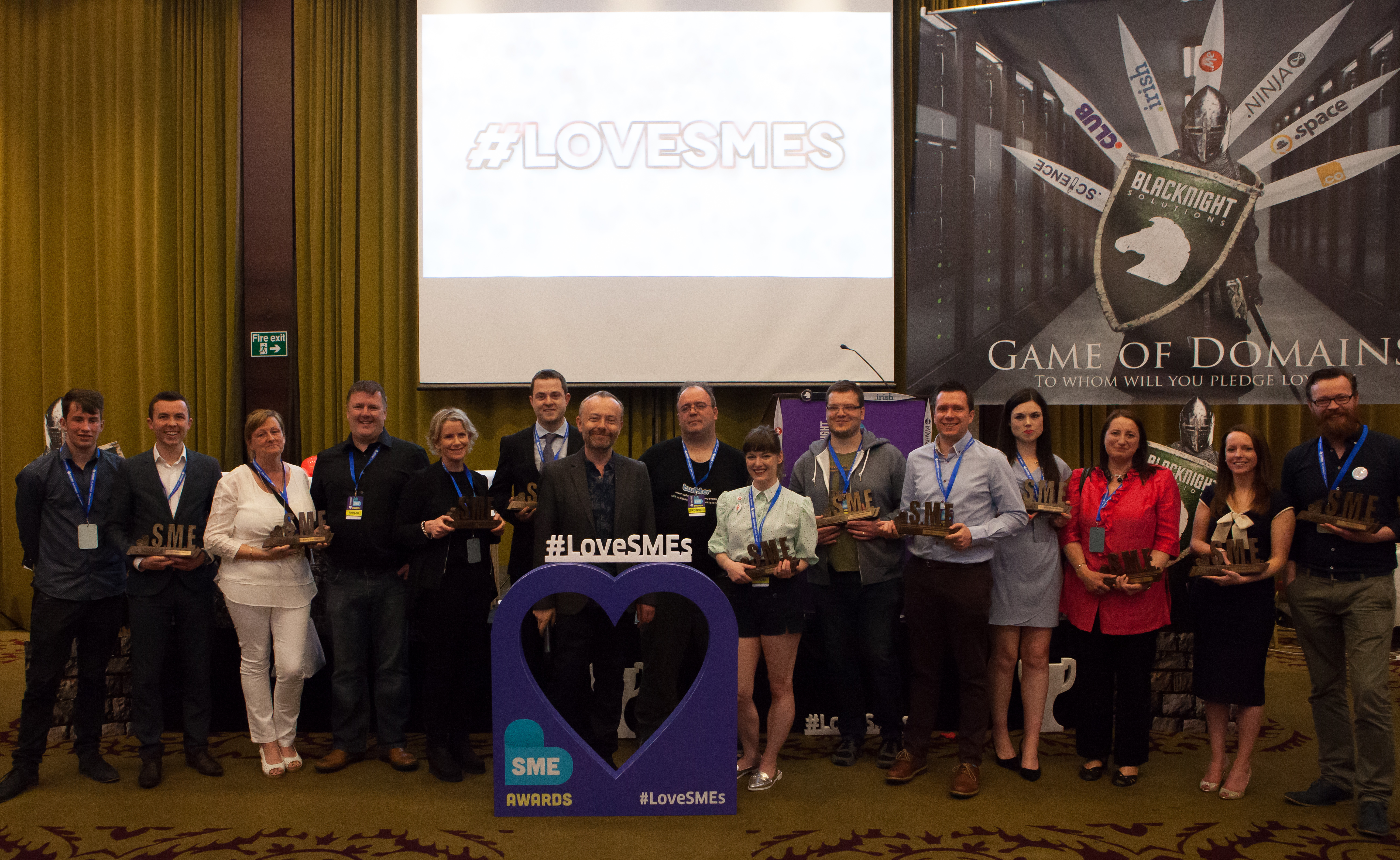 Known for his outspoken opinions on technology and the Internet, Michele Neylon is the award winning author of several blogs and co-host of the Technology.ie podcast. A thought leader in the Internet community, Neylon is active within ICANN and an expert on policy, security, domains, ICANN, Nominet and Internet Governance. You can stalk him on various social media networks including Twitter and Instagram